Known by many as God’s country, Namibia has been quietly coming into its own for more than a decade. In addition to spectacular, other-worldly landscapes – enormous deserts with towering ochre sand dunes and a formidable coastline strewn with shipwrecks and bleached whalebones – Namibia tours offer the chance to explore some of the biggest, yet least-known, game reserves in the world.

Namibia is vast. It’s the fourth largest country in Africa, which makes a fly-in safari the way to go, especially if you are short of time. Added to that, Namibia has one of the continent’s smallest populations, one of the highest literacy rates, and one of the most stable democracies.

Tourism is low-key, and the government prioritises keeping the country unspoilt and pristine. The emphasis is on small, well-designed, environmentally sensitive lodges, in far-flung, magnificent areas of the country.

For instance, the Namib Desert – the second largest on the planet after the Sahara – runs for 2000 kilometres along Namibia’s entire Atlantic coastline. A decade ago, the 27 000 hectare area adjacent to the mammoth Sossusvlei sand dunes was bought and turned into the Kulala Wilderness Reserve. This extremely remote private park contains just three lodges, and unrivalled access to Namibia’s ‘sand sea’.  Desert-adpated wildlife in this area is incredible, and offers another dimension to this truly remarkable area of the earth.

Visit the Kulala Wilderness Reserve on our Desert Safari.

Whether it’s vast, empty vistas and utter seclusion you’re after, or teeming wildlife (including four of the big five), Namibia has it all.  The incredible thing about a Namibia safari or holiday is that you’ll in all likelihood have even the most sought after attractions, a spot around a busy waterhole for instance, to yourself.  Below we’ve put together the five top places to visit in Namibia, and when to go.

Regarded by safari aficionados as one of Africa’s best wildlife reserves, the 22 750 km² Etosha National Park is one of the easiest, safest and most rewarding big game destinations in Southern Africa. If you’re planning on a self-drive safari with your family, you’ll find Etosha’s excellent road system a breeze,  while the game-packed waterholes are a photographer’s delight. The Park also has an array of exclusive luxury lodges, located on the borders, for honeymooners or those seeking five star service.

Etosha, in the north of Namibia, means “Great White Place”. It is dominated by a massive mineral pan, which takes up about a quarter of the National Park. The pan was originally a lake-fed by the Kunene River.  The course of the river changed thousands of years ago and the lake dried up. The perennial springs along the edges of the Etosha Pan however draw large concentrations of wildlife, and make this area a game viewing and safari paradise.

Etosha is one of the best places in Southern Africa to view predators, including endangered cheetah, and black rhino, along with rare antelope like black-faced impala, Damara dik dik, and roan antelope. If it’s birds you’re after, you won’t be disappointed! The bird count is over 340 species, with a mix of desert, water and savannah species.

Game viewing is best between May and October, the dry season when animals are concentrated around water sources.  Etosha is however a year-round destination, and with the Park’s range of accommodation options (from camping to superb upmarket lodges), it offers a wide variety of safari experiences.  Private lodges just outside the Park’s borders in private reserves have the added bonus of guided walks and night drives, activities not permitted in the National Park.

Visit Etosha (as well as some of the highlights of Botswana) on our classic Namibian adventure safari.

Between the coastal towns of Swakopmund and Luderitz, the 50 000km² Namib Naukluft National Park is one of the biggest conservation areas in the world. Its incredible landscape of dry river valleys, and baking salt pans and gravel plains, includes the undisputed drawcard of the Namib Desert, the famous mammoth sand dunes of Sossusvlei.

Extending to the icy waters of the Atlantic Ocean, you’ll find bird-filled lagoons and empty, wave-battered beaches in the Park. Along with vistas from another world, an undisputed photographer’s dream, the area is also home to an unexpectedly large array of desert-adapted wildlife, making a desert safari an incredible experience. Several antelope species – kudu, gemsbok and springbok – can often be found in river valleys, as well as predators such as caracal or even a leopard. Other animals to look out for in the Namib Naukluft include mountain zebra, black-backed jackal, both spotted and brown hyena and a number of smaller nocturnal mammals.

The 300m remarkable ochre sand dunes of Sossusvlei count among the most astonishing sights in the world. Set in the middle of the Namib Naukluft National Park, the dunes surround several dry pans that fill up very rarely when enough rain falls. Most of the time however Sossusvlei and Deadvlei are bone dry.

Visiting Sossusvlei is one of Namibia’s top travel experiences: the array of desert colours are simply amazing, and the opportunities afforded photographer’s are awe-inspiring. The more adventurous can climb one of the dunes, and enjoy the awesome views over the never-ending expanse of red Namib sand.

Namib Desert safari accommodation, especially in the vicinity of Sossusvlei, is plentiful and most lodges offer luxury rooms, excellent cuisine and expert guides. You’ll also find a few lodges scattered along the border of the Namib Naukluft National Park, often in private conservation concessions, which means that they can offer game drives and nature walks, along with visits to the dunes. Other activities not to be missed include hot-air balloon safaris, stargazing evenings and horse-back adventures.

Swakopmund is Namibia’s second biggest town and one of the most surreal and unique destinations in the country. Set on the Atlantic Ocean at the edge of the Namib Desert, this former colonial town is famous for its German-themed architecture and culture, and is the adrenaline capital of Namibia.

Outside of town a number of huge sand dunes have been set aside for an assortment of adventure activities, including sand boarding and skiing, quad biking, camel rides and off-road driving. Other activities in the area include boat trips in search of dolphins and seals, scenic flights over the desert, and bird watching expeditions.

Swakopmund is also a favourite for photographers. A safari to the extraordinary ‘moon landscape’ offers a never-ending array of bizarre, barren hills and vistas, and incredible photographic opportunities.

The seaside town is a popular stopover on many Namibia safari itineraries, and is the perfect place for those on a self-drive holiday to restock between visiting the dunes of Sossusvlei and the attractions of northern Namibia. The town has a lovely assortment of guesthouses and hotels.

Enjoy a Swakopmund marine cruise on our 16 day Namibia safari , and look out for cape fur seals, dolphins, leather back turtles, and seasonal whales and orkas. 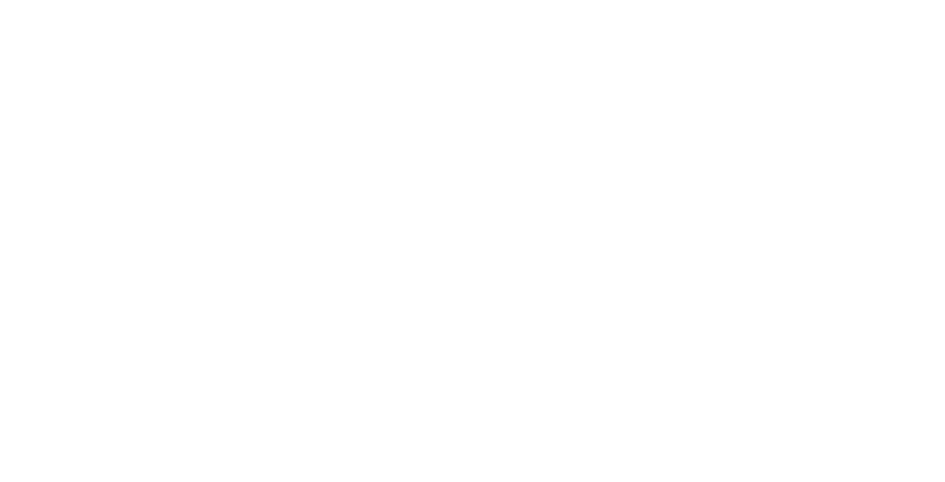 If you’re after shipwrecks, seal colonies and utter isolation, the Skeleton Coast is for you.

Full of hidden surprises, much of the coastline falls under the protection of the Skeleton Coast National Park and the scenery – enormous, majestic panoramas of desert, ocean and never-ending sky – is astounding. The plant and animal life is also better than you might think. Bird watchers on a Skeleton Coast safari have more than 250 bird species to look out for, while black-backed jackals are among the most commonly seen animals. Desert-adapted animals, like gemsbok, kudu and springbok, as well as the famous desert elephants, call the area home.

The icy Atlantic Ocean is hugely rich in marine life, and supports an enormous colony of between

80 000 and 100 000 Cape fur seals at Cape Cross, about 130km north of Swakopmund.  Breeding season is during November and December, and the noise and smell can be overpowering! This is however a great time to see predators such as brown hyena and black-backed jackal, who lurk on the periphery ready to take advantage of any distracted seals.

There are only a couple of exclusive lodges in the enormous Skeleton Coast National Park, and due to the Park’s size, it’s best to fly-in, and then explore the area on foot and in 4x4s with guides from your lodge.

A region that sits between the Skeleton Coast, the Etosha National Park and the incredibly remote Kaokoveld, the largely uninhabited Damaraland is an area of dramatic landscapes and more life than you would expect. The mountainous scenery is quite remarkable and you’ll find the night sky a sea of dazzling stars.

Damaraland is perhaps most famous for the rock art at Twyfelfontein. Known informally as the greatest outdoor art gallery in the world, this World Heritage Site is home to around 5 000 carvings and paintings, created about 10 000 years ago by Stone Age and later Khoikhoi hunter-gatherers who lived in the area.

Damaraland is home to many of the large mammals, including the famous desert elephant, the rare mountain zebra, the highly endangered black rhino, and even lion. Private concession areas offer excellent safari accommodation, and passionate guides who will show you the best of this remarkable region on day and night game drives, nature walks, game tracking expeditions and stargazing evenings.

A Damaraland safari combines well with Namibia’s many other attractions, including Etosha National Park and Sossusvlei.  View a sample itinerary here. 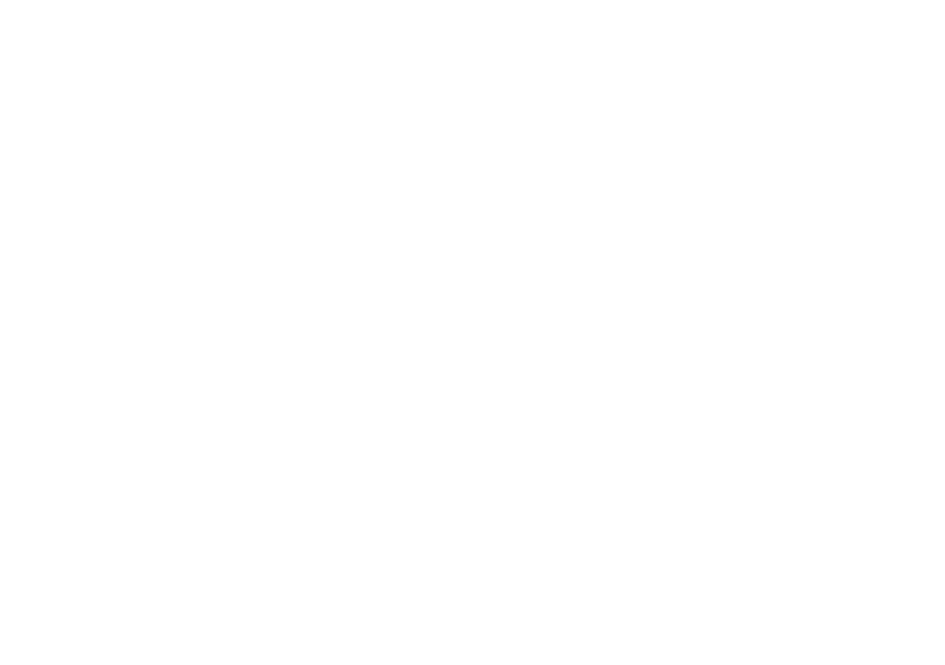 When to go on safari Kids on Safari 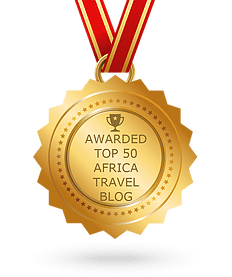 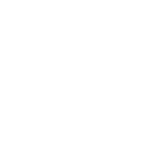 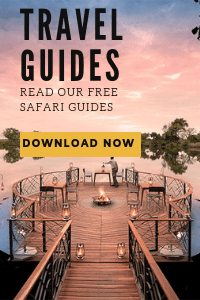