Zambia is, to many seasoned travellers, the quintessential African experience. You’ll find abundant wildlife in some of the most beautiful national parks in Africa, the choice of luxury lodges or a ‘under canvas’ experiences. and excellent, skilled guides.

The country’s most well-known attraction is Victoria Falls, one of the world’s natural seven wonders.  A spectacle of spray and thundering water, the Falls is also the location of many adrenalin pumping activities, like water water rafting down the Zambezi.

Zambia’s huge game reserves are less well known on the safari circuit, as they are sometimes harder to get to, but they offer up some of the most exceptional game viewing in Africa.  Walking safaris in the South Luangwa National Park are a highlight, as well as the fertile Kafue National Park, thick with antelope and predators.

Much more remote, and with restricted access by the public, the North Luangwa National Park offers ‘untamed Africa’ safaris, with wild camping, accomodation in small camps, and guided walks.

‘Mosi oa Tunya’, or “the smoke that thunders”, the magnificent Victoria Falls lies in southern Zambia.

These awesome falls are one of the seven natural wonders of the world. The Victoria Falls Bridge spans the impressive gorge and the famous adrenaline pumping Victoria Falls bungee jump is done from this bridge, with a terrifying drop of 360ft (111m).

This area has a lot to offer for adventure enthusiasts!  You’ll find exhilarating white water rafting on the mighty Zambezi River, bungee jumping, or the “flight of angels”, a amazing helicopter, microlight or airplane flip along the Zambezi River, over the Falls, and into the Zambia National Park. 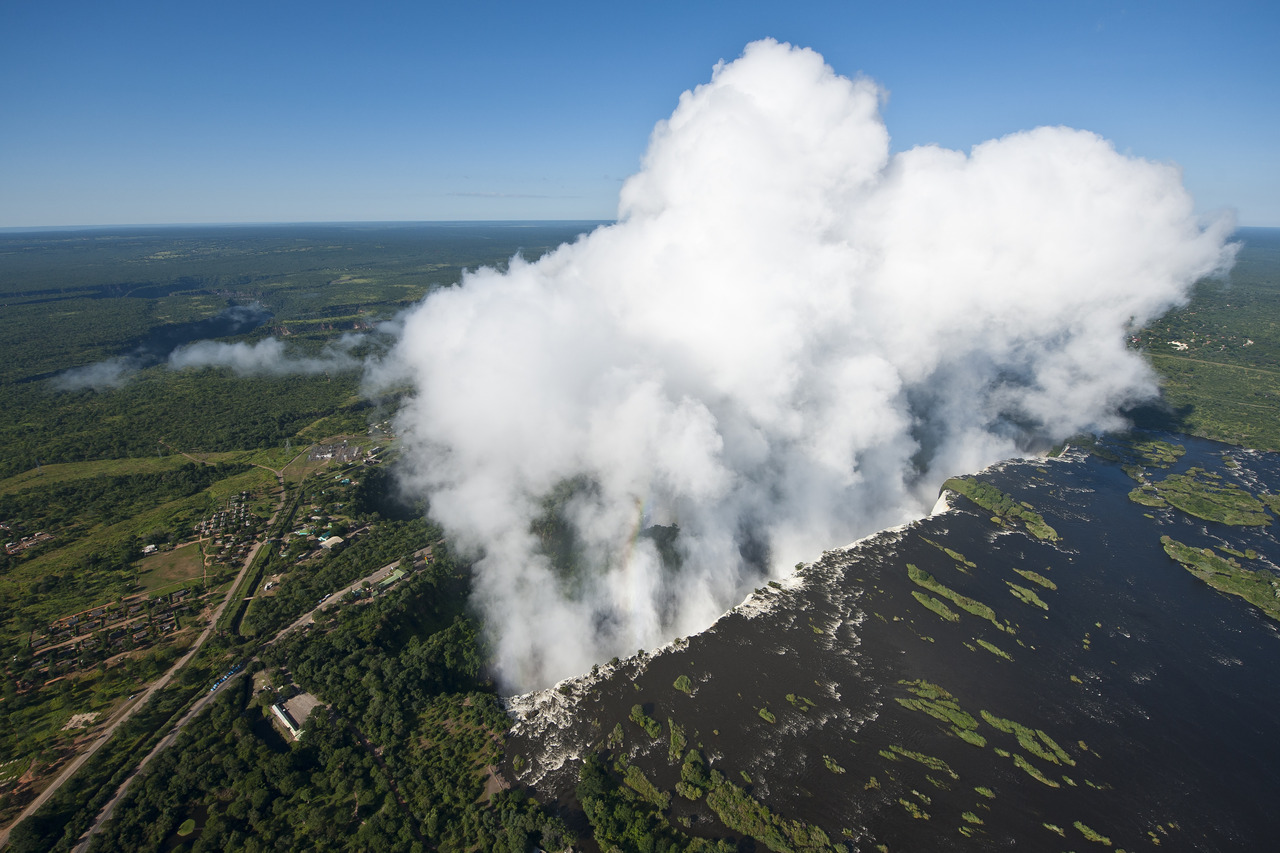 South Luangwa National Park is undoubtedly one of the most beautiful parks in Africa!

The Luangwa River flows through this wild and remote north eastern part of Zambia and the game that congregates around the river, and i’s oxbow lagoons, is among the most intense and prolific in Africa.

The Luangwa River is the most intact major river system in Africa and is the life blood of the park’s 9050 square kilometers. The now famous ‘walking safari’ originated in this park and is still one of the finest ways to experience this pristine wilderness first hand.

The changing seasons add to the park’s diversity, ranging from dry, bare bushveld in the winter to a lush green wonderland in the summer months. There are 60 different animal species, including lion, elephant, hippo and over 400 different bird species.

South Luangwa is also one of the best places for leopard sightings! 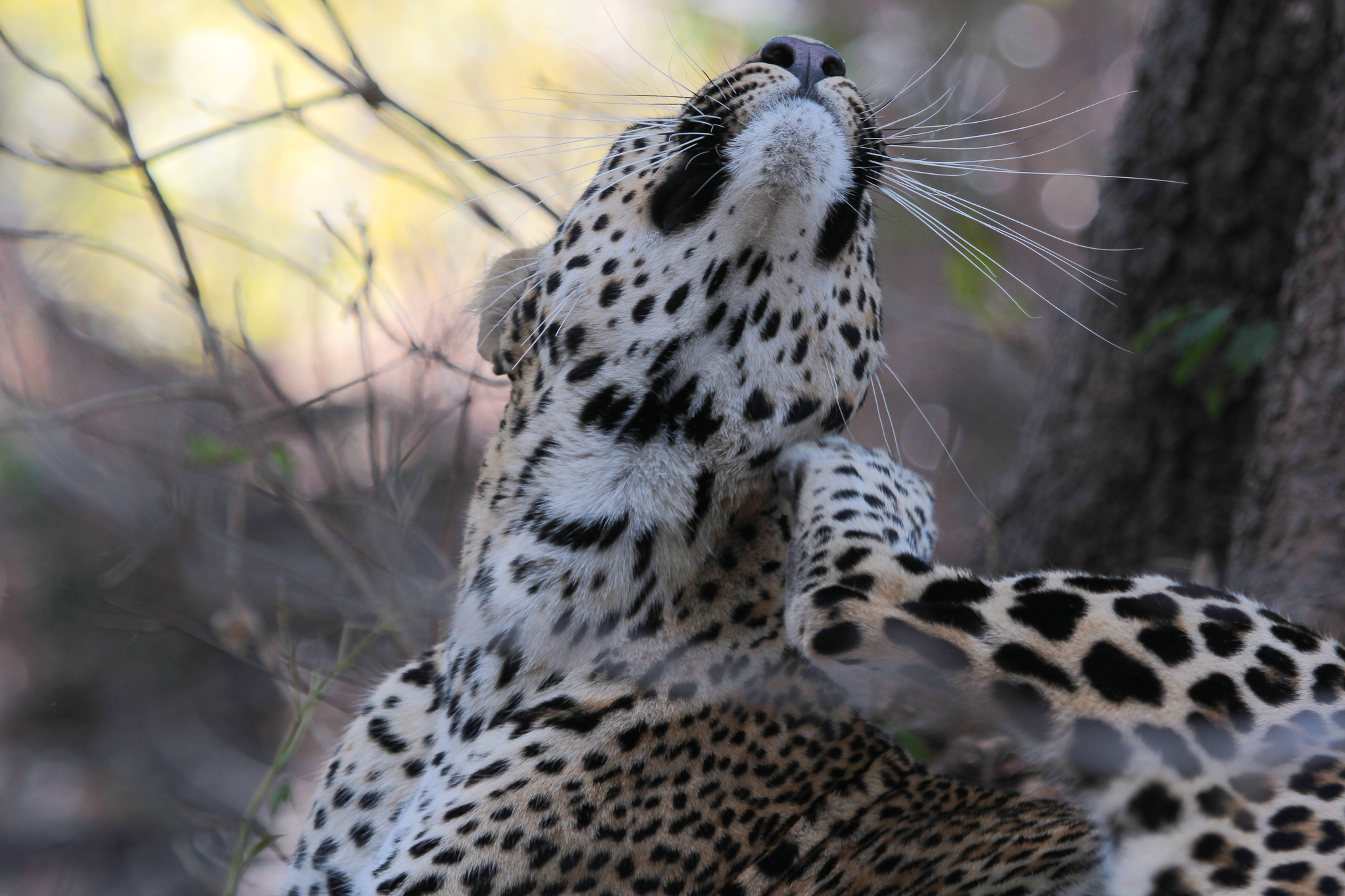 The North Park is extremely remote and largely untouched, with limited road infrastructure and restricted public access.  You’ll find wild Africa here, and a real ‘out of Africa’ experience.

Walking safaris are also possible in the North Park, and there are a handful of intimate, exclusive lodges, which close during he rainy season.

You’ll find the flora and fauna here very similar to the South Luangwa Park, although the North Park sits on the escarpment, with different habitats and bird species.

Questions about a Zambia safari? 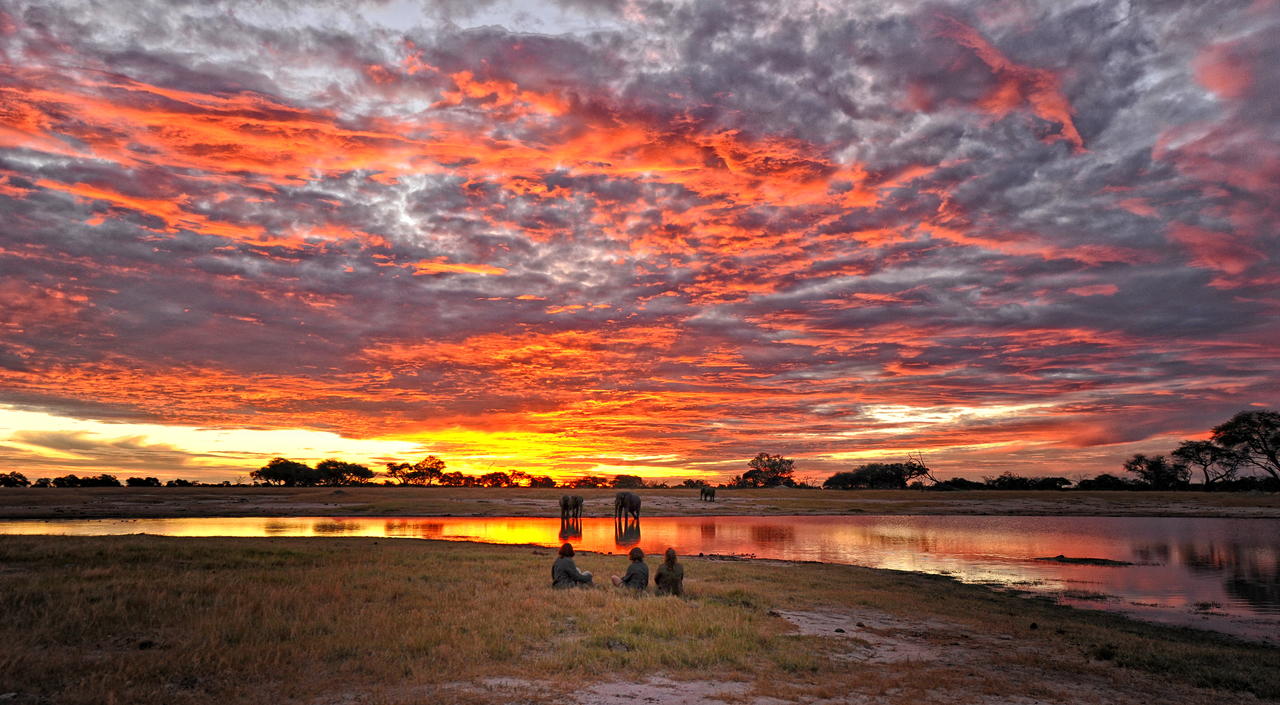 Kafue National Park, in central Zambia, is the country’s oldest park and by far the largest. It was proclaimed in 1950 and is spread over 22 400 square kilometres – roughly the same size as Wales!

A reserve of this size obviously has a diverse range of habitats and is a sanctuary to many different species. The Lunga, Lufupa and Kafue Rivers flow through the park and sustain a great diversity of wildlife. The vast Busanga Plains in the north-western section of the Park are home to tsetssebe, hartebeest, zebra, buffalo, and huge herds of red lechwe. The herds of antelope support predators such as lion, leopard, wild dog and cheetah.

The wooded wilderness areas and the lush dambos of the south are good places to find the stately sable and roan antelopes, and the diminutive oribi and duiker. Game is best sighted in the dry season from April to October, but the park is at it’s most beautiful after the rains in the first half of the year. 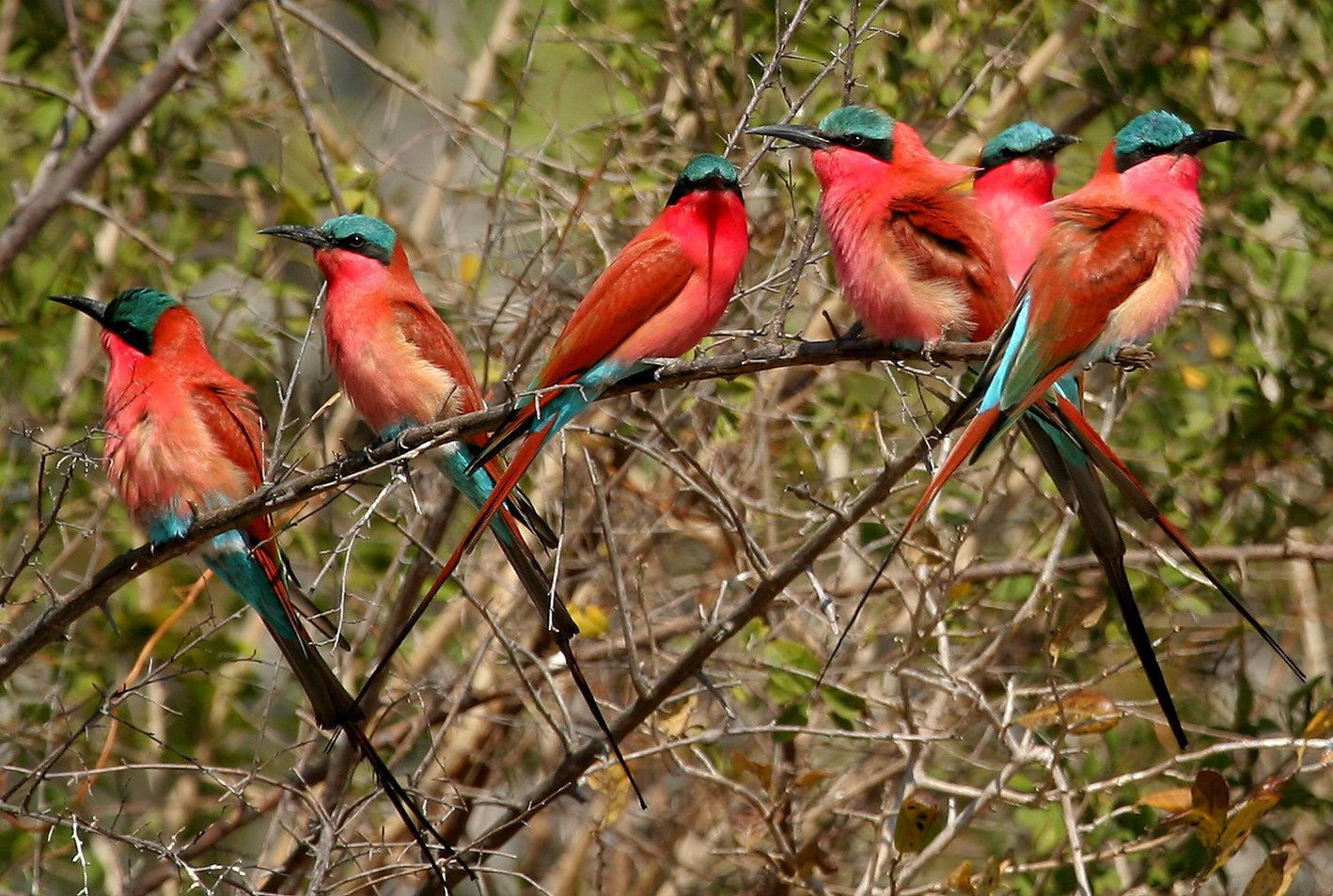 The Lower Zambezi National Park in south eastern Zambia is one of Zambia’s newest parks, and is relatively undeveloped.  Its beauty however is unsurpassed!

Downstream from Lake Kariba, this impressive wildlife sanctuary incorporates the reed islands along the Zambezi River, where a myriad of wildlife thrives. Witness the river inhabitants, including hippo and crocodile, from the quiet vantage point of a canoe – a unique way to experience the area’s solitude and serenity! 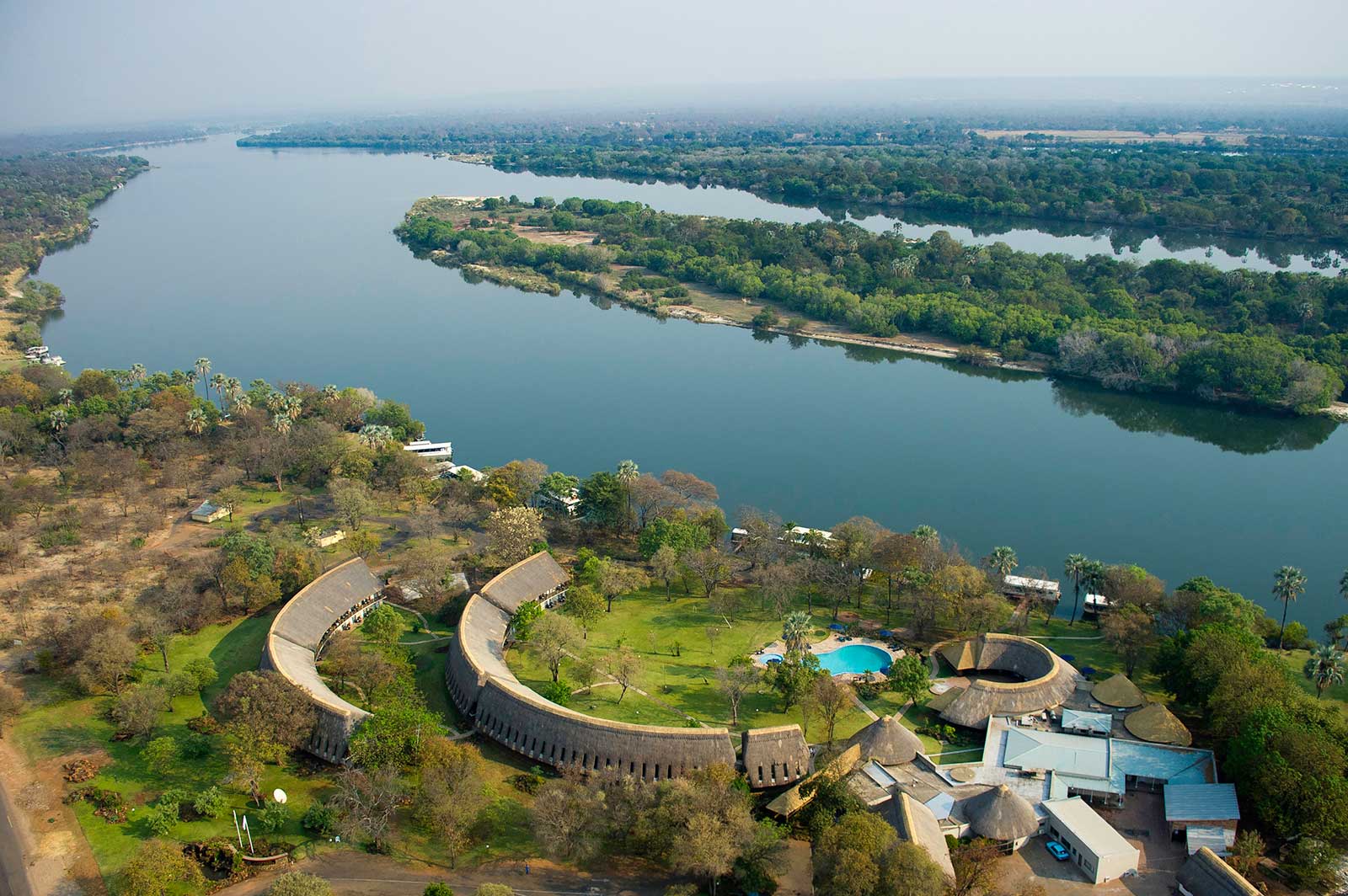